How PCOS affects Depression and Anxiety 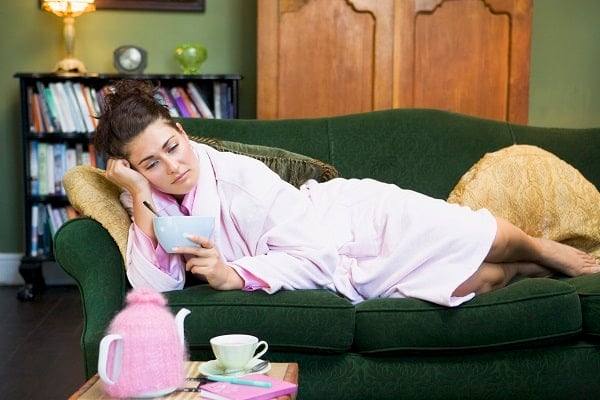 How PCOS affects Depression and Anxiety

January is a month when many feel the effects of the holiday season coming to a sudden end. The decorations must all be put away; there is often a big mess of discarded wrappings to deal with, thank you notes calling to be written, and health resolutions to write… and often times to discard quite quickly. For many, unfortunately, January is a “down-mood” month, one with long, cold days and long, dark nights, when we are often faced with a stark reality, without the joyous festivities to hide behind!

In recent years, the complex relationship between PCOS and psychosocial issues has come to the forefront, with a prominent link found between specific features of PCOS and mental well-being, including the impact of infertility, hirsutism, and acne on mood. The fact that many women with PCOS experience menstrual dysfunction, hirsutism and obesity, along with cystic acne, creates a situation which can clearly result in profound psychosocial distress. In one interesting study from South Asia, they found that in comparing hirsutism and obesity, the most depression was related to the presence of hirsutism. The scientific literature now shows clearly that anxiety levels, psychological distress, depressive feelings, and social fears are all markedly higher in the population of women with PCOS.

The reasons for the increased vulnerability of depression and anxiety in women with PCOS as well as for PCOS women to develop psychiatric disorders are still unclear, but in addition to the negative mood reactions to the visible symptoms of PCOS, there are others which likely involve several pathways independent of the visible symptoms of PCOS, such as obesity, acne, and hirsutism. In one study of 300 women, nearly a third had anxiety, and quality of life was lowest in those with a combination of stress and depression.

Stress is one of the common mechanisms that induce psychological disorders. This occurs via the hypothalamic-pituitary-adrenal (HPA) axis and involves circadian rhythms. With significant stress, there is alteration of the HPA axis and disruption of the circadian rhythm, altering the functional relationship of the brain with the endocrine systems, resulting in adverse impacts on health. Women with PCOS have a higher level of sympathetic output from their adrenal glands. They tend to have higher outputs of cortisol and adrenaline, and to have dysfunctional melatonin, and therefore more inflammation and poorer sleep.  The higher levels of cortisol and adrenaline make those women more prone to anxiety and sleep dysfunction, adversely affecting mood.

Women with PCOS have an exaggerated response by the sympathetic nervous system, with a heightened response to negative stimuli compared with non-PCOS women. They have an abnormally increased cortisol response to physical and psychological stressors which cannot be explained by their BMI, increased percent of body fat, fasting insulin, or elevated androgen levels. Indeed, there is an independent and inherent mechanism exaggerating the stress response, in a negative way, for PCOS women. Additionally, there is evidence of an increased incidence of eating disorders and suicidal behavior among PCOS women. Sadly, they are at an increased risk of social phobia and suicide attempts.

But none of this means that women with PCOS can’t have full and wonderful lives. All this means is that it must be recognized that PCOS women have an added risk for adverse reactions to normal stressors and are more prone to anxiety and depression. Therefore, more active and proactive management is necessary. Women with PCOS need to cultivate coping mechanisms, and there are many to choose from. The maintenance of the emotional well-being of women with PCOS needs more nurturing than what is needed for the average woman. But with such support, every woman with PCOS can achieve mental, emotional, and spiritual health.

The ways to achieve emotional happiness are many, and all can be combined to satisfy each individual woman’s unique needs. Some of the effective methods are the varying forms of meditation, hypnosis, the Emotional Freedom Techniques, including tapping, Tai Chi, Chi Gong, yoga, massage, baths, acupuncture, cognitive behavioral therapy, essential oils, and my own personal favorite, guided imagery. I utilize several techniques for my own stress therapy, emphasizing baths, essential oils, and guided imagery, but all can be amazingly effective! Each woman must try out several and discover what works particularly well for her.

If you feel especially down or stressed, be sure to seek assistance and find your personal path to emotional, spiritual, and mental wellbeing. Do not delay even a minute getting help if you have any tendencies towards self-harm!! Please contact me if you are seeking PCOS medical care and do not know where to turn.

*This is a repost of a guest post Dr. Gersh orginally posted on PCOS Diva at: Depression and Anxiety in Women with PCOS http://pcosdiva.com/2015/12/depression-and-anxiety-in-women-with-pcos/