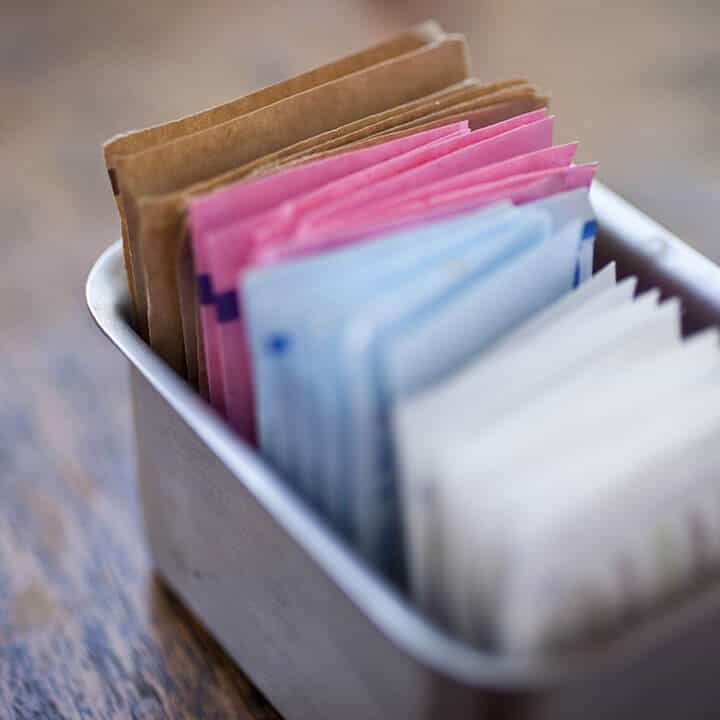 With the overwhelming majority of Americans overweight and obese, it’s not surprising that a huge percentage of the population chooses sweeteners for their food and beverages which incorporate non-nutritive (non-caloric) substances. These are ingredients which are essentially sugar substitutes and contain no calories.

For many years, the rallying cry has been to avoid sugar and instead opt for one of the zero calorie sweeteners we’re all very familiar with. The goal is good and understandable. The reality, sadly, is not the diet nirvana we have come to expect.

More and more data has been accumulating that these sugar replacement sweeteners, such as aspartame, Sucralose, saccharine, and stevia, can promote weight gain, hypertension, and metabolic syndrome. It has, however, been unclear what the mechanisms might be to create such a result, in the absence of calories.

Some theories have been that they promote appetite, alter glucose regulation, or actually increase the desire for sweets.

A new study has given us insight into a mechanism for the obesity promoting paradox of the non-caloric sweeteners. Studies looking both in vitro (outside the animal) and in vivo (within the animal) show that all the sweetener substitutes are acting something like antibiotics. They are what is called “bacteriostatic.” That means they disable the microbes, making them vulnerable to being gobbled up by our bodies’ immune cells. Essentially, they end up getting some of our essential-for-good-health microbes residing in the gut killed off. This is a very bad thing, basically allowing “bad” bacteria to overgrow instead of our health-promoting beneficial microbes.

We’ve just discovered over the past few years, how incredibly important it is for people to have the right microbes growing everywhere in and on their bodies. The gut microbes make up the largest of the collections, known as microbiomes. By damaging the microbial inhabitants of the gut microbiome, the non-nutritive sweeteners create a dysbiotic, or abnormal microbiome of the gut. In the case of these sweeteners, there is a reduction in the types of the microbes called E. Coli. This alteration of the gut microbiome has been shown to result in an increased risk of hypertension, metabolic syndrome, and weight gain!

Sadly, this not only impacts many individuals, it also now has been proven to affect a majority of pregnant women and their babies. A fairly recent study showed that approximately half of all pregnant women consume sugar substitutes. What was found was that the use of the sweeteners impacted the pregnant women such that most delivered larger babies, and most surprisingly had babies who were overweight as young children.

The take home message is simple but critically important. Avoid all non-nutritive sweeteners. Period. I also advise against adding sweeteners, real or artificial, to anything. I promise your tastebuds will adjust in a relatively short while.

The alteration of the perception of sweeteners from saviors of unnecessary calories to deliverers of obesity and metabolic syndrome is an amazing transformation of perception. My goal is go speed along this altered perception of sweets, as I can, so as to improve the health of people everywhere, and of future generations upcoming.