The Endocannabinoid System and Estrogen 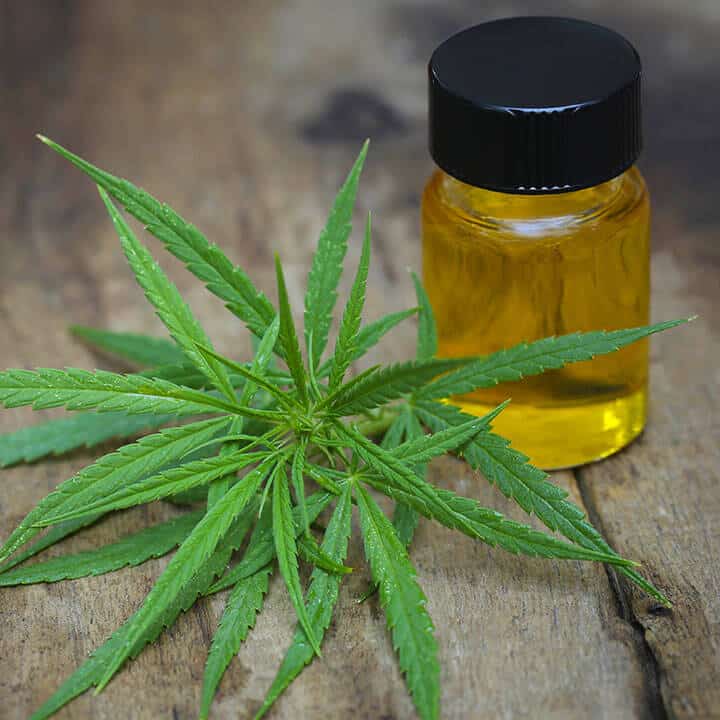 The trend towards the legalization of marijuana and the increasing use of this herbal product and its oils (CBD) for both recreational and therapeutic uses begs a question: What impact does it have on sex hormones and reproductive functions, as well as on other critical health issues, such as cognition and immune health? Cannabis sativa has long been a widely consumed plant recognized for its psychoactive properties and its reported impact on multiple functions, including metabolism, sexual functioning, and motivation. In the 1960’s tetrahydrocannabinol (THC) was identified as the primary active component of cannabis, but the site of action was not known until the discovery of the cannabinoid receptor.

The endocannabinoid system is a key physiological system, involved in the foundation of health maintenance. The receptors are found in the brain, in numerous organs, connective tissue, glands, and in immune cells. It has complex actions on the immune system, the nervous system, and in all the organs within the body, and can be viewed as a powerful connection between the body and the mind. The endocannabinoid system literally links the state of physicality and disease to brain functioning. The endocannabinoid system, whether through naturally made endocannabinoids or marijuana and its derivatives, or similar plant-derived cannabis, impacts humans in ways that are immensely complex and challenging.

Marijuana is commonly used and its use by women is rising. Women have been found to be more susceptible to abuse of cannabinoids and the development of dependence, and experience more severe withdrawal symptoms and relapse more often than do men. As well, when women use cannabinoids, they are more impacted, with altered functioning on tasks. In adolescents, females are more likely to be adversely affected than are male adolescents by cannabinoids. Importantly, it is now accepted that estradiol is the hormone that impacts this important sexual dimorphic effect of cannabinoids.

The cannabinoid receptors are now recognized as constituents of a neuro-modulatory system named the endocannabinoid system, which is located throughout the central nervous system and peripherally and is involved in the regulation of many bodily functions as well as behaviors. It is now understood that the gonadal hormones are equally involved in a myriad of physiological functions and behaviors and it has been found that the two systems are intimately interconnected. There are endocannabinoid components present throughout the hypothalamus-pituitary-gonadal axis (HPG axis) and the potential for there to be damage to its proper functioning exists if the endocannabinoid system is tampered with.

It is know recognized that the endocannabinoid system contains two types of cannabinoid receptors: CB1 and CB2 receptors. The ligands for these receptors are anandamide and 2-arachidonoylglycerol (2-AG). The CB1 receptors are in the central nervous system and in some peripheral sites. Within the CNS, they are primarily located within the neurons of the cerebral cortex, hippocampus, amygdala, hypothalamus, basal ganglia, and cerebellum. The CB2 receptors are predominantly found in peripheral tissues and in cells of the immune system.

The CB1 receptors are in the presynaptic neurons on the axon terminals. The endocannabinoids themselves are synthesized and released on demand by the postsynaptic neurons. When the receptors are bonded with the ligand endocannabinoids, the release of additional neurotransmitters by the presynaptic cell is blocked, thereby allowing regulation of neurotransmission of incoming signals. FAAH, fatty acid amide hydrolase, is an enzyme which breakdowns anandamide and monoacylglycerol lipase breakdowns 2- AG, controlling quantities. FAAH is under the control of estradiol.

The endocannabinoid system and estrogens have both direct and indirect interactions. The endocannabinoid system impacts the release of estrogens through the central down-regulation of LH and GnRH. When THC is given, there is a decrease in serum LH, and the pulsatile nature of LH is decreased. When GnRH was given to female rats, the effects of THC were reversed. This is suggestive that as the pituitary gland remains sensitive to stimulation, the impact of cannabinoids is through its effects on central neurotransmission, suppressing LH release.  The suppression of LH release by THC has been demonstrated in monkeys and rats.  It is complex and variable by brain region and even by synapses, but changes to the function of estrogen do influence central endocannabinoid signaling. There is clearly a complex interrelationship between endocannabinoid activity and estradiol levels. It certainly appears that the use of an exogenous cannabinoid could adversely impact the hormonal cycling and fertility of females.

Here is a summary of what is currently known about the interrelationship of endocannabinoids and estrogen. Central CB1 receptor expression is modulated by estradiol and estradiol also increases anandamide synthesis while decreasing FAAH activity. FAAH is the principle enzyme which degrades the endocannabinoid anandamide. Reductions in this degrading enzyme would, of course, increase the amount of the cannabinoid present. The higher amount of the endocannabinoid present then decreases GnRH release, and this results in less FSH and LH release. The consequence of these gonadotropin decreases is a decrease in the release of estrogen from the ovaries.  Estradiol also down-regulates FAAH activity peripherally in both the uterus and in immune cells.

Endocannabinoid activity as well as CB1 receptor function fluctuates throughout the menstrual cycle. In humans, the amount of anandamide circulating is higher during the follicular phase and highest during ovulation, while being lower during the luteal phase. It appears that the endocannabinoid system is significant in the regulation of the menstrual cycle and indeed does play a role in fertility. Various components of the endocannabinoid system have been found in the ovaries and uterus, and levels vary in a set manner during the time of embryo implantation. Data suggests that low anandamide levels are a requirement for implantation and for carrying a pregnancy to term, while high levels of anandamide facilitates the labor process. In fact, it has been found that during pregnancy there are low levels of anandamide present and a surge occurs near the time of labor onset. As well, with increased levels of anandamide or if an agonist of it is given results in early pregnancy, a higher rate of miscarriages in humans is seen.

In rats which were ovariectomized and then given estradiol, there was an increase in the production of anandamide, showing that estradiol has a direct impact on its production as well as regulating its degradation. In summary, though more complex than what will follow, as the two systems have multiple pathways of interconnectivity, it appears that estradiol modulates the receptor activity, the production, and the degradation of the endocannabinoids, both in the CNS and peripherally. In turn, the endocannabinoids downregulate the production of estradiol by decreasing the release of gonadotropins.

Brain endocannabinoids have been recognized as major modulators of affect, motivation, and emotions, and the emerging connection to estradiol, and the other sex hormones, is only recently emerging and must now be recognized for their great significance in the functioning of this critical body system. We live in a world of endocrine disruptors, including pharmaceuticals which in fact are endocrine disruptors themselves – such as metformin, oral contraceptives, “hormonal” IUDs and implantables – and we should additionally recognize the inevitable and universal impact of menopause on the endocannabinoid system and its impact on women’s emotional regulation.

With the recent recognition of the critical and complex bidirectional effects of the endocannabinoid system and the dominant female hormone – estradiol, and of the impact of marijuana and other cannabinoids, including the heightened susceptibility of women to their effects of dependency – we have entered a new era, a new future filled with many potential opportunities both for the benefit and for the detriment of women. We must now begin our journey with the attainment of a solid knowledge-base of the endocannabinoid system, and an understanding of its complex role in reproductive, emotional, and immune health in women. We are obligated to provide in-depth education for women, to enable them to assess their risk of both the potential for good and for harm from their contraceptive choices, pharmaceuticals used, exposures to endocrine disruptors, and equip them with the ability to make good decisions regarding their use of marijuana for recreational use, as well as appropriate use of medicinal cannabis. And for us, the medical professionals, we will always stay cognizant of the intricate bidirectional systems involving estradiol and the endocannabinoid system, recognizing the interplay of these systems and of their implications for mental wellbeing.