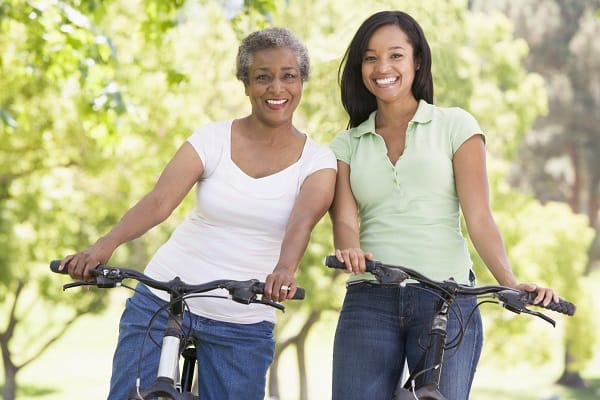 There is a common thread which ties all women with PCOS together, whether they are over- or underweight, young or old. That link is INFLAMMATION – the driving force behind the ills afflicting all PCOS women.

Let me explain a bit about inflammation, how it develops, and how it can create havoc for women with PCOS. The inflammatory process begins during pregnancy as the fetus’ developing estrogen receptors are misprogrammed by the presence of toxic chemicals, such as bisphenol A, a powerful endocrine disrupting chemical found in plastics and thermal printing papers.Since estrogen receptors are present in virtually every cell of the female body, this bodes poorly for the development of proper metabolic functions, as it is estrogen which is the master of metabolism in the female body.

What does inflammation actually mean for the female body and why it is so bad?

Unfortunately, there are times when inflammation becomes chronic, due to a malfunction and misdirection of the immune system. When this develops, bad things follow right behind. A key component of an acute inflammatory response is the activation of white blood cells, called macrophages. They then secrete substances called inflammatory cytokines and enzymes which act something like a natural acid.

The inflammatory cytokines include substances like tumor necrosis factor alpha, which, if produced in an uncontrolled fashion, leads to insulin resistance, elevated levels of glucose and insulin-like growth factor 1, and high production of testosterone. Also produced by macrophages are special enzymes, called matrix metalloproteinases, which are substances designed to kill invading bacteria and aid in the removal of dead tissue. Chronic production of these matrix metalloproteinases causes damage to body structures, such as the interior lining of arteries, which in turn leads to severe acne.

Estrogen is the ultimate controlling force behind the function of macrophages, and receptors for estrogen reside on these cells. When estrogen receptors are not properly developed, estrogen can no longer control the actions of macrophages. With control reduced in women with PCOS, macrophages run amok through the female body, doing much damage. They are perpetually in a state of high alert, ready to release inflammatory cytokines and myeloperoxidase, and they are more easily stimulated compared with immune cells in women without PCOS.

Much of the stimulation to the macrophages originates in the gastrointestinal tract, also known as the gut. Studies now show for the first time that women with PCOS have a more “leaky gut,” meaning that the single-cell barrier between the internal contents of the colon and the rest of the body is compromised. This allows inflammation-inducing particles within the colon, derived from the overgrowth of predominantly gram-negative bacteria called lipopolysaccharides (LPS), to pass through the colon wall and enter into the surrounding immune system, known as the gut-associated lymphatic system (GALT). Within the GALT reside those key cells – the macrophages – which are triggered by the LPS to release their inflammatory substances.

This is a short introduction to a very complex subject. In upcoming articles, I’ll explain more about what is happening within the gut, and I’ll also dive further into the story of inflammation as the driving force behind the suffering of women with PCOS and how to “tame the flames of PCOS!”