Diagnosis and Treatment of PCOS in Young Girls 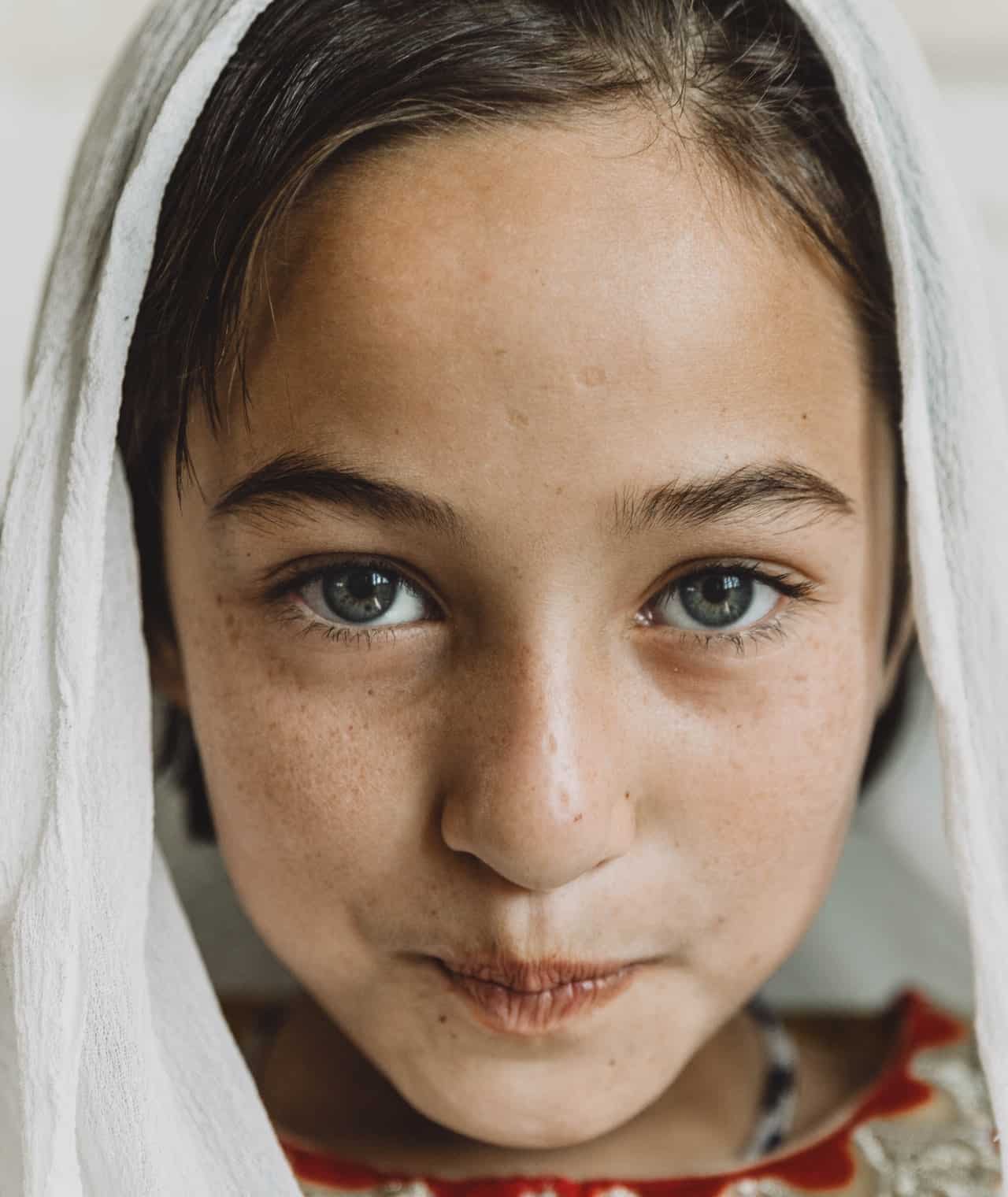 Diagnosis and Treatment of PCOS in Young Girls

Most doctors and patients alike believe that PCOS is a condition which appears in the teen years or with young adulthood, following the advent of puberty and the onset of periods. In reality, shocking as it may seem, PCOS begins with birth!!

Now how, you may ask, can that happen? Doesn’t puberty herald the onset of the all the medical challenges faced by young women with PCOS? The answer to that question is…. mostly so… but there are signs and symptoms early on, and there can be early detection!

Here is the story of the beginnings of PCOS, and with this knowledge comes the capability to predict with reasonable, if not perfect, accuracy whether or not your daughter will develop PCOS. With that knowledge comes the power to begin treating it BEFORE all the misery that you know all too well ensues, following the completion of puberty.

While in utero, because of the ubiquitous toxins surrounding us all, everyone becomes exposed to numerous chemicals, including ones which act as endocrine disruptors, particularly Bisphenol A (BPA). Such exposures alter the very foundational development and function of hormone receptors. What happens is that these chemicals enter the pregnant woman’s body through various means and then cross the placenta, thereby entering  the baby’s body, where it actually concentrates in greater quantity than in the mom’s body! This sad fact has only been recently realized! Researchers, measuring the chemical levels in the moms, often found low levels and concluded they were below the threshold to cause problems, while being unaware that the levels of that chemical were actually much higher within the baby.

Chemical endocrine disruptors are like cheap knock-off imitations of real hormones. They can attach to receptors and act in one of many ways-mimicking the real hormone, blocking the action of the hormone, or something in between. And estrogen has three different kinds of receptors, so the end result can be hormone chaos and the various organs of the developing baby’s body simply do not get the right exposure to hormones, particularly estrogen.  The baby is born with a “confused” hormonal system, unable to respond properly to the hormones due to the abnormal function of their receptors, as well as the inability to manufacture them properly.

When there is a problem with the functioning of the estrogen receptors, systemic inflammation occurs. This occurs because estrogen functions as the master of metabolic homeostasis. What that means is that estrogen controls a female’s appetite, energy usage, metabolic rate, location of fat deposits, and how fat functions. Estrogen is truly the mastermind of all that is female and metabolic!

Young girls born to PCOS moms have about a 50% chance of developing PCOS themselves. Given those odds, it is really imperative for us to diagnose, with some reasonable probability, which of those daughters will and which won’t have to deal with PCOS. And there are ways to reasonably identify young girls as having a high predilection to develop PCOS.

From a physical point of view, here are the suspicious symptoms. If a very young girl, from approximately age 4 to 12 years of age, has an unusual amount of waist and belly fat, yet she eats quite well… that is a powerful clue. Estrogen regulates where fat is deposited and how it functions, so young girls destined to get PCOS may be showing signs of abnormal fat deposition and already have difficulty maintaining a healthy weight, well before puberty sets in.

There is also a blood test which has good predictability for detecting PCOS prone girls and which can be administered as early as age 6 to make a likely diagnosis! This test is called Adiponectin. I order it through the Cleveland HeartLab, a very prestigious cardiovascular laboratory, affiliated with the renowned Cleveland Clinic. Adiponectin is a type of hormone made by adipose (fat) tissue, called an Adipokine. Adiponectin is an extremely important and vital hormone to prevent inflammation, insulin resistance, and obesity. It is involved in managing how fat tissue functions, the level of inflammation in the body, how energy is produced and stored, and the transport of glucose from the blood into cells, impacting insulin resistance. Estrogen controls the production of Adiponectin. In girls prone to develop PCOS, the Adiponectin levels will be unusually low.

The finding of low Adiponectin levels raises a big red flag that the girl is at high risk to develop PCOS. The potential for Adiponectin to be used as an early screening tool means that girls at high risk to develop PCOS can be identified as young as age 6! Once identified, proactive therapies can be initiated to lower the chance of PCOS becoming severe. Lifestyle changes involving diet, sleep, stress, exercise, and nutrition can all be implemented to greatly soften the blow to health which occurs with the passage through puberty.

I would be happy to assist any who have daughters they would like evaluated for PCOS risk status. I can see and examine them and order Adiponectin, as well as all indicated inflammation testing. I strongly advocate for a proactive approach to all diseases in order to prevent the devastating effects of an advanced disease state. This philosophy is particularly applicable to PCOS to ameliorate the suffering so many with the condition must endure.

*This is a repost of a guest post Dr. Gersh orginally posted on PCOS Diva at:  http://pcosdiva.com/2015/11/diagnosis-and-treatment-of-pcos/

Check out the podcast I did with @shetalkshealth

#Repost @shetalkshealth with @make_repost
・・・
Do you struggle with PCOS? If so, you’ve probably been racking your brain with what to do to overcome it. There is A LOT of mis-information, over medication and lack of education about PCOS. ⠀⠀⠀⠀⠀⠀⠀⠀⠀
⠀⠀⠀⠀⠀⠀⠀⠀⠀
Where do you even start? And how do you know who to trust??⠀⠀⠀⠀⠀⠀⠀⠀⠀
⠀⠀⠀⠀⠀⠀⠀⠀⠀
I sat down with Dr. Felice Gersh, @dr.felicegersh fellowship-trained, double board-certified Integrative OB-GYN who specializes in PCOS to chat about natural ways you can support your body for PCOS. ⠀⠀⠀⠀⠀⠀⠀⠀⠀
⠀⠀⠀⠀⠀⠀⠀⠀⠀
If you want to know the truth about PCOS and how to address it naturally, jump on over to the SHE Talks Health podcast, episode #14: Addressing PCOS to learn how YOU can take charge of your own health and overcome your PCOS symptoms.⠀⠀⠀⠀⠀⠀⠀⠀⠀
⠀⠀⠀⠀⠀⠀⠀⠀⠀
🎙️Click the link in my bio to listen to the podcast. ...

Join me this evening for an instagram live all about the best natural treatment options for PCOS (polycystic ovary syndrome). Although some women need targeted pharmaceutical help to overcome the challenges of PCOS, many women can achieve fantastic health by utilizing a wide range of much safer and often more effective natural approaches. In honor of PCOS Awareness Month, we'll be discussing all of the latest research, recommendations, and treatment options.

You can read the entire article here:
https://www.insider.com/period-poop

Join me this evening for an instagram live all about PCOS (polycystic ovary syndrome). In honor of PCOS Awareness Month, we'll be discussing all of the latest research, recommendations, and treatment options.