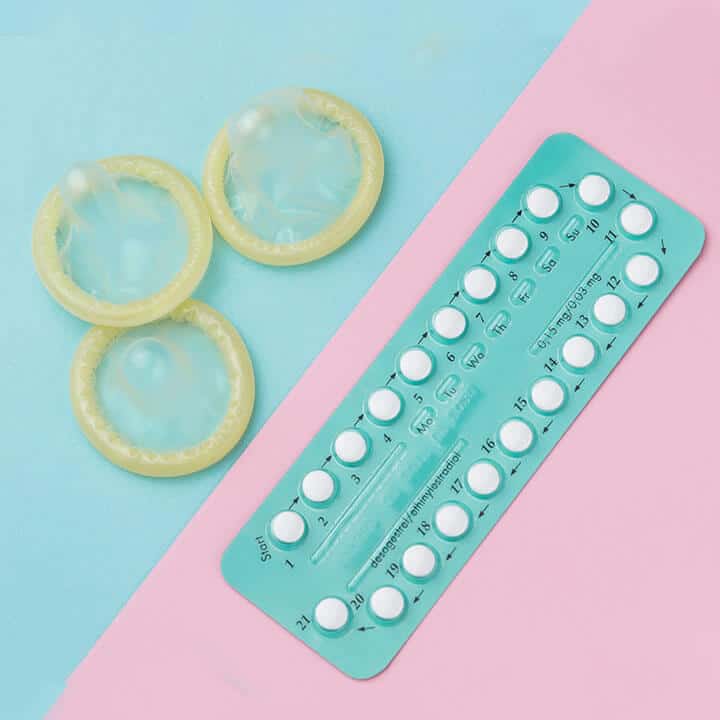 I watch a bit of television now and again, and repeatedly see commercials glamorizing the use of birth control pills. Admittedly, the commercials do acknowledge the side effects, but the real impact on women’s bodies is rarely discussed other than in general terms, glossing over the most severe reactions.

Birth control “hormones”, in my mind, are slow poisons. How could I make such a shocking pronouncement? Because I call a spade a spade. I believe the effects of this rampantly prescribed group of drugs are harmful and unacceptable, which is why I cannot prescribe them in good conscience.

So let’s get to the nitty-gritty: what the heck are birth control pills, what is their real impact on female bodies, and why should you avoid them? Well, you may have heard them referred to as hormonal contraception, but the reality is that there isn’t a single brand that contains even one drop. The toxicology site at the National Institutes of Health describes birth control pill contents not as hormones, but as endocrine disruptors. The fact that they are marketed widely around the world as hormones doesn’t make them hormones. You can call a piece of glass a diamond … but it’s not – it’s glass.

These endocrine disruptors, or pseudo-hormones, can do a few of the same things that hormones do – at a molecular level they attach to cell receptors, like a key fitting into a lock, but they don’t necessarily open the door, or open it fully. The end result is a completely different outcome! It’s like substituting water for gasoline in a car. It may pour into the tank, but it’s clearly going to behave differently when the gas pedal is pressed.

Broadly speaking, hormones are natural chemical messengers, traveling throughout the body and delivering critical information to cells, enabling them to do what is needed to keep the body healthy and functioning properly. Hormones can also be produced within organs for use on site. But by substituting these with chemical mimics, birth control pills disrupt the natural hormonal production of women, taking away their inherent and necessary rhythms, for the purpose of creating infertility.

Estrogen and progesterone have receptors throughout the body and there is a robust amount of scientific evidence showing that these hormones are involved in a multitude of functions, all critical for health. As birth control pills do not contain even a speck of hormones, all of the estrogen and progesterone mediated functions in the body are heavily impacted. Hormones also need to be regularly removed from the body and new replacement hormones continually made. All of these functions can be immensely altered by endocrine disruptors, typically with negative consequences.

Estrogen is the master female hormone – regulating all energy production and brain function, as well as bone, joint, muscle, gut, and immune health. Substitution of estrogen (and progesterone) with a false chemical mimic results in havoc for all of these functions. The havoc occurs slowly, but inexorably.

There is a growing body of data to support the conclusion that the use of birth control pills is at the root of much of the global female disease epidemic. Studies show birth control pills reduce the development of strong bones, negatively impact gut and immune health, damage vaginal and bladder health, and impact brains.

Research on women’s health over the past decades has also looked at other endocrine disruptors such as diethylstilbesterol (DES). This powerful endocrine disruptor was given to pregnant women with horrendous effects on the offspring, particularly on females, who sometimes developed a fatal vaginal cancer and horrendous structural abnormalities of the reproductive organs. Of course, DES was removed from the market, but lessons have not been learned.

Unlike DES, the consequences of birth control pills can be very subtle and take years to unfold; symptoms often take so long to develop that the initial cause is missed. Smoking has a long delay in its negative impact, but that has come to be accepted. Asbestos is a slow poison. So is air pollution. They are still poisons. Birth control pills are, in my opinion, no different.

Of course, no woman should have a baby she doesn’t want, but putting toxins into her body is not an acceptable option. No mother would bring her teenage daughter to the gynecologist and ask for some cyanide to prevent unwanted pregnancies. Neither should she ask for or accept birth control pills.

It’s painful to have reject what has come to be seen as the ticket to female freedom and independence from unwanted pregnancies. Birth control pills were fought hard for, providing as they do the ability of women to claim reproductive control over their bodies.

My goal, however, is to tell all women that we simply can’t be vibrant, healthy women if we are forever chained to pharmaceuticals, particularly drugs that were designed decades ago when the hormonal functions of women were not fully understood. Destroying a body’s rhythms and disrupting fertility by removing naturally occurring hormones and replacing them with toxins is simply not a reasonable option.