FG In The press 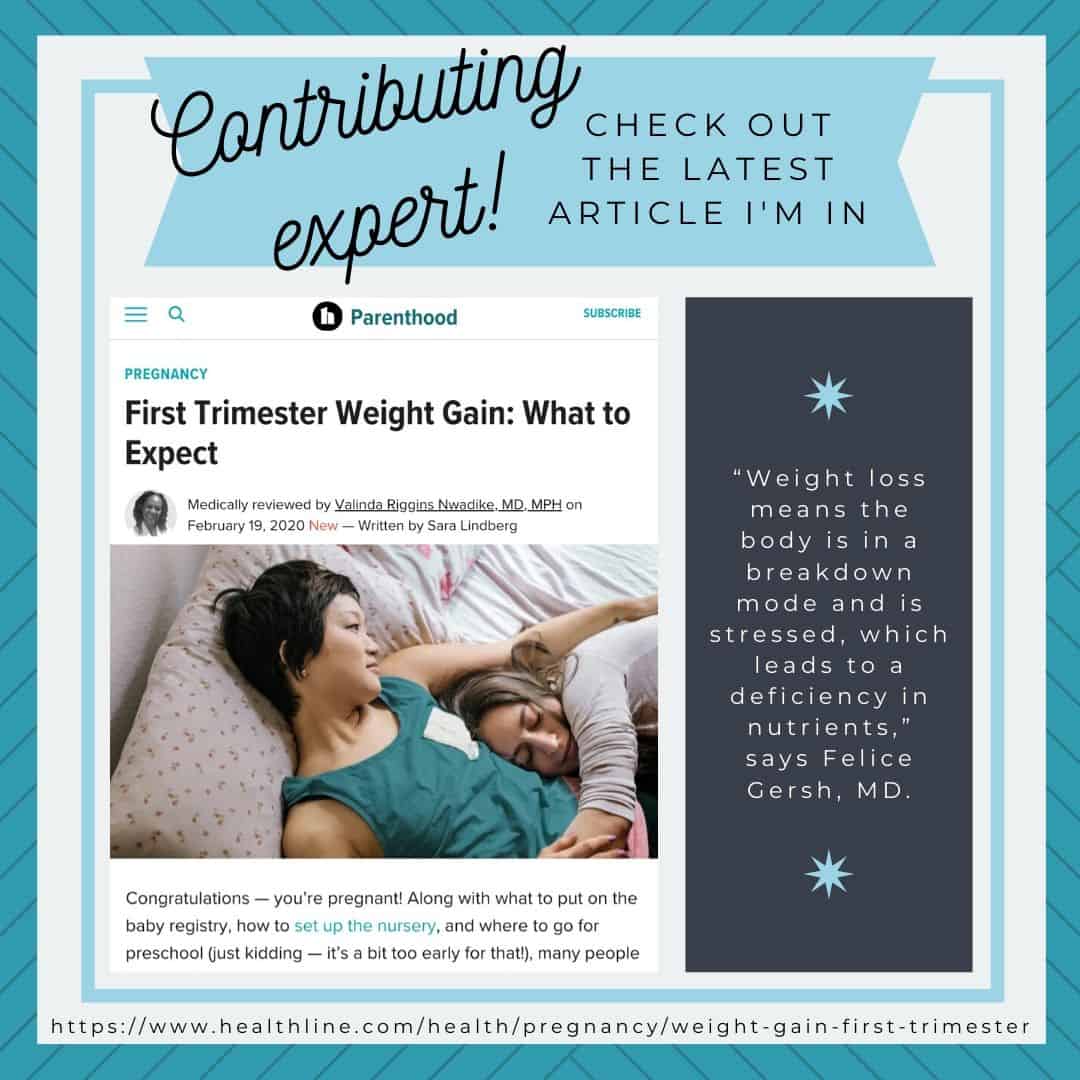 Congratulations — you’re pregnant! Along with what to put on the baby registry, how to set up the nursery, and where to go for preschool (just kidding — it’s a bit too early for that!), many people want to know how much weight they can expect to gain over the next 9 months.

While the majority of the pounds will make their appearance during the second and third trimester, there’s some initial weight gain that will happen in the first 12 weeks of pregnancy. In fact, on average, people gain 1 to 4 pounds in the first trimester — but it can vary. Let’s take a look at the factors involved.

How much weight will I gain in the first trimester?

“This is one of the most asked questions for patients during their much anticipated first obstetrical visit with their doctor,” says Jamie Lipeles, MD, DO, OB-GYN and founder of Marina OB/GYN.

Despite what you might have heard, you don’t gain too much weight in the first trimester, with the standard recommendation being 1 to 4 pounds. And unlike the second and third trimester (when body mass index, or BMI, may be more of a factor), Lipeles says the weight gain during the first 12 weeks is pretty much the same for all body types.

And if you’re pregnant with twins, Lipeles says the same guidelines apply to weight gain during the first trimester. However, this can change during the second and third trimesters, as twin pregnancies typically result in greater weight gain.

That said, there are occasions when your doctor may have a different recommendation for the first 12 weeks. “For patients with a BMI of more than 35, we often encourage them to maintain their weight for the entire first trimester,” says G. Thomas Ruiz, MD, OB-GYN at MemorialCare Orange Coast Medical Center.

Is A Fever A Sign Of Early Pregnancy? It Actually Can Be, Doctors Say
February 20, 2020

How To Handle Birth Control Emergencies On Campus & Keep Your Chill
February 19, 2020

What Early Menopause Is Like, According To Women Who’ve Been Through It
January 18, 2020

The 10 best nipple cream choices, according to breastfeeding moms and experts
January 17, 2020