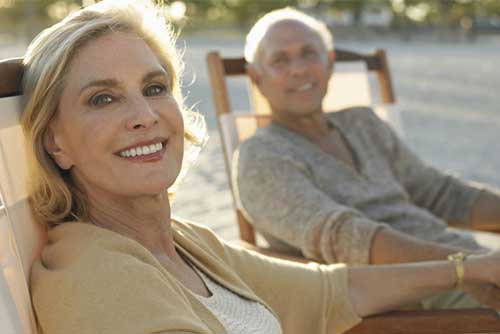 Washington, D.C. – On February 25th , President Obama participated in a panel discussion at the White House Precision Medicine Summit Initiative (PMI), marking the one year anniversary. The panel featured remarks from inspiring patients, researchers and others working in the PMI field.

More than 40 private-sector organizations and a variety of federal agencies are making commitments to new actions and principles that are spearheading the Precision Medicine Initiative. One such flagship project, “Precision Medicine for Underserved Women with Polycystic Ovary Syndrome (PCOS),” aims to align precision medicine with the vision embodied by the Learning Health System (LHS) Core Values. The PCOS genetic disorder causes infertility that eventually ends up in a disease state of diabetes, heart disease or cancer creating an enormous cost to the healthcare system.

The Learning Health Community, a grassroots, multi-stakeholder movement aimed at transforming our nation’s health system into one that is capable of engendering learning from every experience of every consenting patient, and rapidly feeding back lessons learned to empower better decisions that improve people’s health.

President Obama said, “The (PMI) goal is to create a common database of ultimately a million people that is diverse. Ultimately we can take a disease that may be rare and start seeing patterns we may not have seen before.”

Marc Wine, a supporter of the LHS – Precision Medicine PCOS Project and participant in Learning Health Community initiatives, who attended the summit hosted by the president said, “One goal is to seek collaboration with underserved communities in genomics, open data and integrative medicine. This will result in engaging individual patients in ways that will move them from dependency on fragmented healthcare to the point where patients can use their own evidence-based genetic information to make the very best health decisions.”

The Precision Medicine PCOS Project is aimed at developing a protocol for women with PCOS while employing an integrative medicine approach to treatment based on the participant’s molecular makeup, clinical data and available scientific knowledge.

The PMI includes ongoing efforts through the Department of Veterans Affairs (VA), the Department of Defense (DOD), the Food and Drug Administration (FDA), the Office of the National Coordinator for Health IT and the Office for Civil Rights, all in line with Vice President Biden’s Cancer Moon-shot initiative.

The LHS vision has been the subject of over 16 reports of the Institute of Medicine since 2007, and now represents the pinnacle goal of federal health IT strategic planning for the coming decade.

Through aligning the LHS – Precision Medicine PCOS project with this larger vision, the project team is working to ensure that infrastructure and key components created to advance this flagship project will support future use cases.

The Precision Medicine PCOS Project was recently launched in Atlanta at Medici Medical Arts Clinic, with Chief Medical Officer, Dr. Sonny Dosanjh and a group of 37 women who have PCOS, a complex and chronic syndrome that affects 7 million women in America. Ten of these initial women will form the Patient Advisory Team resulting in ongoing involvement in systems design, learning and education systems and participating in the use of their molecular data. This provides unique involvement so women with PCOS will have access to not only their data, but also how the clinical support and care is delivered individually.

By building such efforts upon a sturdy foundation of Learning Health Systems “Core Values,” this Precision Medicine PCOS Project will collaboratively build the big data, Artificial Intelligence infrastructure large enough to include all individuals and populations through open knowledge sharing.

The Precision Medicine PCOS Project with LHS, aligning with the president’s PMI and the underserved, has taken the initiative to launch its innovation in Atlanta, phasing-in a large cohort of women with PCOS which is the number one cause of infertility in women. As a complicated endocrine and metabolic disease, PCOS has received limited attention by the medical community.

Of the estimated 7 million women with PCOS, less than 0.1% of the NIH budget is focused on research to help these women. This Precision Medicine PCOS Project was started in December 2015 and may be the largest ever project to use state of the art genetic and molecular research, science, evidence-based integrative medicine and technology to help this growing underserved community of women.

The Precision Medicine PCOS Project is acting to build a nationwide collaborative to empower women with PCOS to manage this complex genetic disease throughout their lifetime.

The project’s leader and Founder of Open Source Health, Inc., Sonya Satveit, said, “As women, we have been underserved in healthcare for too long, if I can make a difference, I have accomplished my life-long dream. To have such an incredible team, that shares my passion, come together around this critically underserved area of women’s health, gives me confidence that we will make a difference and give hope to women with genetically caused infertility. “ The project expects to see the first results in late 2016.

An integrative approach to PCOS
February 24, 2016

Due to unforeseen difficulties, yesterday's IG Live has been rescheduled for today! Hope you can join me to talk about PCOS and acne. Acne is a common and hard to treat symptom of PCOS. Learn why PCOS women are prone to outbreaks and how you can finally have clear, beautiful skin, naturally.

There's still time to register! Join me tomorrow for my talk on PCOS, the Gut Microbiome, and Chronic Inflammation. This is a discussion you won't want to miss! And you can feel good knowing that your registration is supporting PCOS Challenge, a world-renowned nonprofit PCOS advocacy group that I am honored to serve on the medical and scientific advisory board of.

Saturday will be a fun day full of important information that you won't want to miss!

Perpetual acne is one of the most challenging and frustrating symptoms of PCOS. I was so happy to chat with writer, Neha Tandon. If you have PCOS acne, read on for some of my best OTC tips.