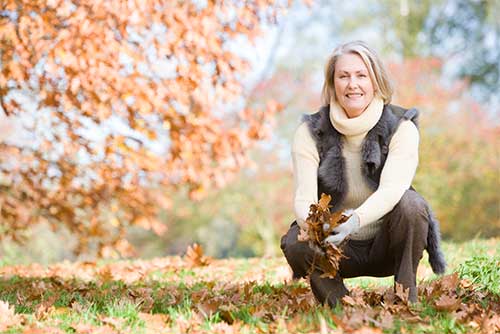 Approximately two weeks ago, we were all shocked by a story appearing in the national news media warning that women taking vitamins had a higher mortality than women not taking vitamins. Subsequent to this, many patients called our office, concerned that their use of vitamins and supplements might be dangerous. In response to these concerns, we are forwarding one of the many well-reasoned rebuttals that appeared after this story was published.

Our take on this matter is no different from the position we have always held. We believe that good lifestyle choices – based on sound principles of good nutrition, exercise, stress reduction, minimizing exposure to environmental toxins, adequate amounts of sleep, and an upbeat emotional attitude – are the mainstays of a long, healthy, and happy life.

Nevertheless, obtaining adequate vitamins and minerals on a daily basis is a challenge for many people. Fast foods, processed foods, and our continued exposure to high levels of environmental toxins combine to make high-quality vitamin/mineral supplements a good idea.

Of course, all vitamins and supplements should be of the highest quality – low quality, hard-pressed vitamin tablets filled with suspect binders and synthetic (not bio-identical) vitamins are not a good choice. Although the study could not appropriately draw any conclusions due to its poor design, the best conclusion one could draw from this flare-up of silly science and media headline mongering would be that it is best to avoid substandard quality in supplements.

Below is an excerpt from the rebuttal written by an expert on supplements, Dr. Alan Miller, Director of Medical Education and Research at Thorne Research, Inc.

A recent study, “Dietary Supplements and Mortality Rate in Older Women,” published in the Archives of Internal Medicine, 2011, Volume 171(18):1625-1633, has caused some concern among the public about the safety of dietary supplements. We have thoroughly reviewed this study and share the following analysis in order to help you better understand the study’s design and its findings, and to help allay any concerns you may have.

This study is an analysis of data gleaned from 38,772 postmenopausal Caucasian women enrolled in the then-ongoing Iowa Women’s Health Study. The data for the study is based on the responses obtained through a self-administered questionnaire initially distributed in 1986, with two follow-up questionnaires distributed over the next 18 years, in 1997 and 2004. The questionnaires inquired about lifestyle practices, food intake, dietary supplement use, weight, smoking status, hormone replacement therapy, and the presence of diabetes or heart disease.

Although study participants were asked about their intake of dietary supplements, the study did not report how much of any specific nutrient was consumed. Nor was information elicited from the women regarding the chemical form of the supplement (e.g., picolinate versus sulfate) or the quality of the supplements that were taken. Furthermore, although the women were asked whether they took a “multivitamin,” the study does not define this term; i.e., the mineral, vitamin, and botanical content of the study’s universal “multivitamin” cannot be determined.

One possible flaw to consider: it is well known that when an individual is diagnosed with a serious disease, such as cardiovascular disease or cancer, beginning or increasing the use of dietary supplements occurs commonly. If the new or increased supplement use were reported on a questionnaire and then subsequent mortality resulted because of the underlying disease, the situation could very possibly exist such that the individual’s death, while properly attributed to the disease, would also be “associated” with the use of a dietary supplement. Such an erroneous scenario is a highly likely flaw in the study’s design.

The results of the study’s analysis claim to show a slightly higher risk of all-cause mortality associated with the use of multivitamins, iron, and copper. In weighing the  study’s findings, however, it must be emphasized that the Iowa Women’s Health Study is a retrospective study of already collected data. It is not a prospective, controlled intervention study, i.e., it is not a “clinical trial,” in which participants would be given a specific dietary supplement or a placebo and then followed closely over time to observe not only the specific outcomes but also the factors possibly contributing to those outcomes.

As can only be surmised retrospectively, individual circumstances change over time, and a significant number of the women participants likely either changed or began new dietary supplement regimens over the course of the 18 years they were studied. And since there was no direct contact with the participants outside of the mailed questionnaires, general information surrounding individual deaths had to be obtained from public records; it was not ascertained by direct medical investigation.

With regard to iron and copper, it has been known for decades that both metals can be potentially toxic, as exemplified by the multi-system disease states that can result from hemochromatosis and Wilson’s disease, respectively. For this reason, many postmenopausal women, like men, probably should not take an iron supplement in the absence of anemia or a documented deficiency. At the very least, iron and copper supplements should be taken concurrently with antioxidants and/or antioxidant-rich foods to prevent a potential increase in oxidative stress. Each of these circumstances points to the merits of dietary supplements being recommended and overseen by medical professionals.

With regard to multivitamins, there is simply insufficient data that can be gleaned from the study to make any serious conclusion about the impact of multivitamins on mortality. This is due to the fact that there are literally thousands of different combinations of vitamins, minerals, and botanicals that can be considered a “multivitamin,” as well as a whole host of considerations such as quality, potency, dosage, protocol, and indications for use, among others.

We believe there are serious flaws in the methodology, analysis, and findings on which this study is based. Retrospective surveys such as this-in which people are asked to recall years of dietary habits or supplement use-are notoriously inaccurate. The only conclusion that can realistically be drawn is that a slight statistical association was found based on a limited data set of questionable reliability-and a simple association does not reflect causation. The study’s authors do not disagree, stating the following in their commentary to the study: “It is not advisable to make a causal statement of excess risk based on these observational data…” We heartily agree with this advice.

When made by a quality manufacturer, when recommended by a knowledgeable health-care practitioner, and when taken for the appropriate indication, dietary supplements promote, enhance, support, and help maintain overall good health and well-being. The “results” of the recent study do not diminish this conclusion.

Additional commentaries on this study are available at:

The Alliance for Natural Health

The Council for Responsible Nutrition